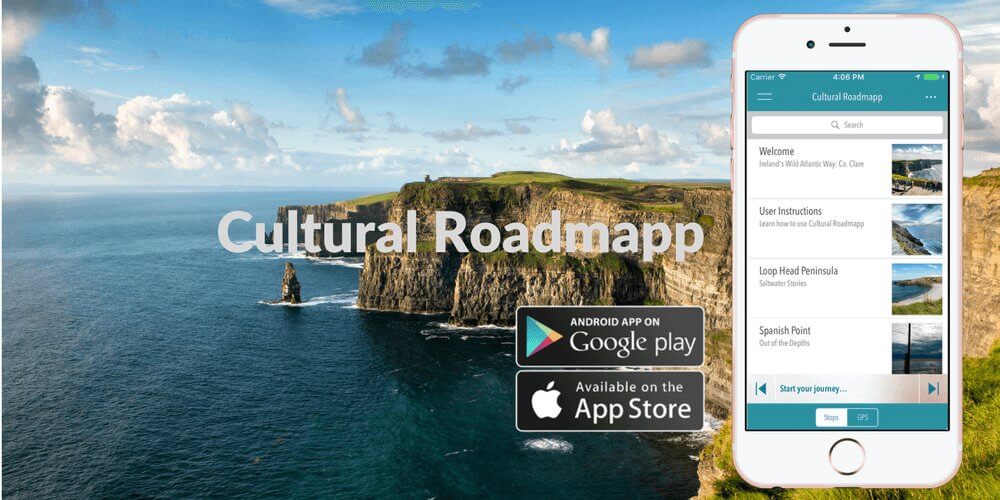 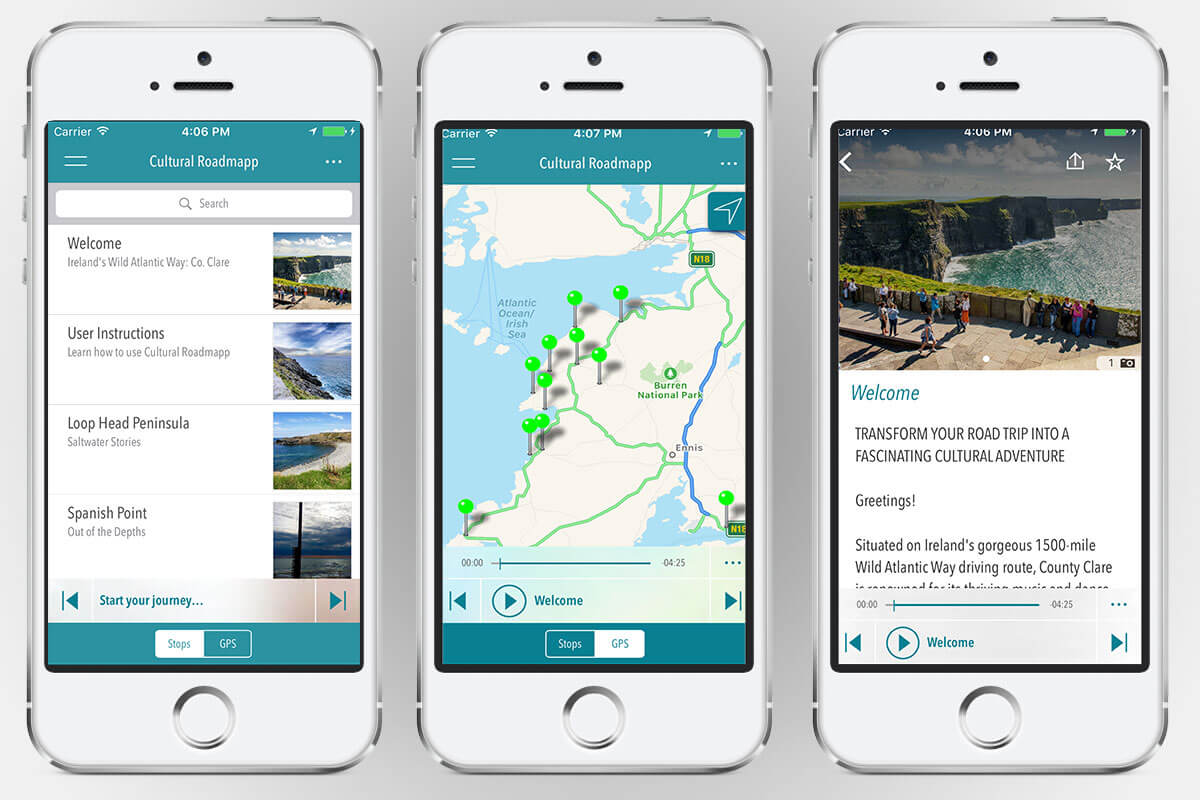 Cultural Roadmapp was on a mission to transform the traditional road trip and they envisioned a hands free mobile app tour that helps visitors hear and see the best of their destination.  Using the Tour Buddy App Builder platform and the Gimbal geo-fence technology, Cultural Roadmapp created an engaging, fun, lively and altogether wonderful experience showing 10 different towns in County Clare Ireland.  Read about their app and download the Cultural Roadmapp App for iOS and Android for free for a limited time.

You can now explore one of the world’s richest cultural landscapes as you drive the spectacular 1500-mile coastal route with this hands-free, GPS-enabled audio tour app.  There are the spectacular Cliffs of Moher which stretch for five miles and reach over 700 feet at their highest point. There’s Lisdoonvarna: It’s annual Matchmaking Festival is a mecca for hopefuls around the world. Come with expectations for expert commentary, leading historians and folklorists, local musicians, and captivating storytellers.  Tourbuddy has used the latest technology to make it possible for you to keep your hands on the wheel and eyes on the view as you listen. You can learn more in this video: https://vimeo.com/221478794

This transatlantic startup based in County Clare, Ireland is on a mission to transform the classic road trip. This App is the first of a four-part audio tour series designed specifically for motorists. Deborah Schull is an award-winning writer and producer and also the founder and CEO of Cultural Roadmapp.  She had long wanted to do something to showcase Ireland. “My first idea was a guidebook and then I thought a TV show might be better,” she says. “Then I came up with the idea of a travel app and when the Wild Atlantic Way opened in 2014, I realized it should not just be a regular app. It needed to be an audio tour.” However, it wasn’t until technology became hands free and triggered by GPS that Deborah’s idea fully took shape. “That allowed us to create a fully immersive app experience,” she says. “Because you can use the app without using your hands and because it’s linked by GPS to where you are, you can look at the world around you while you learn more about it. It’s like having locals along with you in the car.”
Watch the Cultural Roadmapp Promo here:
[embedyt] http://www.youtube.com/watch?v=kC67VRsck8Y[/embedyt]